A herd of centaurs arrives in Olympia to compete for the ultimate prize.

As Princess of Boiotia, Nais never expected anything other than an arranged marriage. There were plenty of suitors to choose from. Her father, King Nycteus- a pious man as well as loving father, sought the wisdom of the gods in the matter of his daughter’s betrothal. The Delphic Oracle instructed the king to award his daughter’s hand to the winner of the Olympic Games. It seemed as if the gods themselves would claim the Princess as rumors spread that Nais would wed the son of Zeus, for who could defeat Heracles in competition at his father’s own festival? Nais’ future appeared favorably certain until a small herd of kentauroi (centaurs) arrived in Olympia to compete for the Princess. 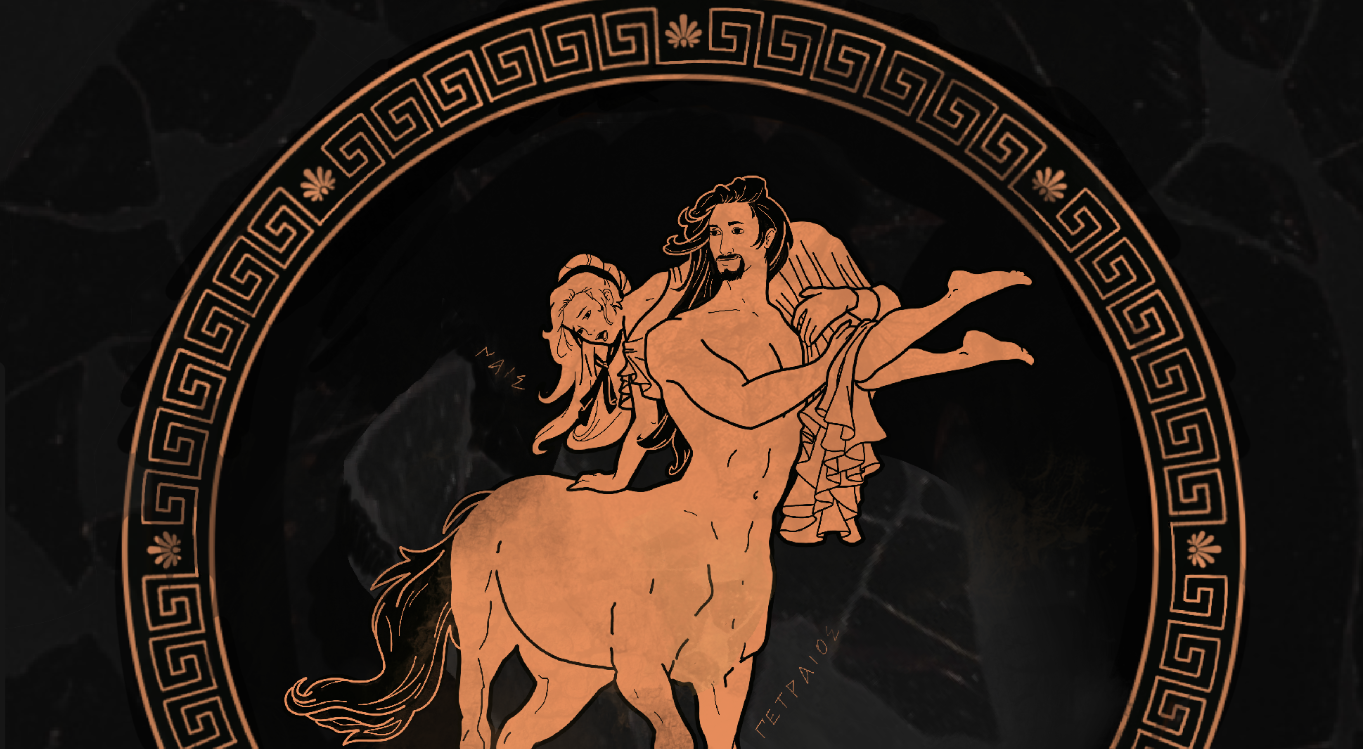 Palaimon sensed the power of the Oracle as soon as he set hoof in the precinct of Apollo’s temple. Her presence beckoned to him with an eagerness that fueled his confidence. Destiny awaited.Mount Parnassus lie before him, a giant in wait, challenging him to claim what was rightfully his. He looked up to the summit,… END_OF_DOCUMENT_TOKEN_TO_BE_REPLACED